How deep should containers be for tree seedlings

Current trends for container depth are towards a more squat shape1.
This shape clearly offers a reduced risk of root deformation during planting. There is no evidence to indicate a benefit under common plantation conditions from a long root plug.
A depth up to 2.2 times container diameter and an overall depth generally less then 90 mm is now commonly accepted.

This simple question raises a multitude of issues. The intuitive optimum depth of a container for any particular species of plantation site condition is largely determined by previous experience. 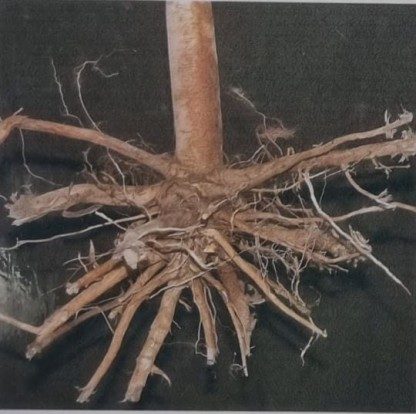 
Foresters used to the deep cells common in Canada would have a deep scepticism of the generally shorter cells common in Scandinavia and many Southern Hemisphere countries.
There are a number of factors that can be optimised to reduce cost, particularly when costing is calculated on the number of seedlings surviving a specified time after planting.

The perception that tap-rooted species require a deep container is widespread.

It is also expected that the larger seedlings grown in in the larger volume cells, will comply with these expectations. Nursery managers have tended to request deeper and deeper containers while resisting any increase in bench space required for the seedlings. Long thin root plugs have resulted.

This perceived requirement for deeper cells is difficult to justify on an operational basis. 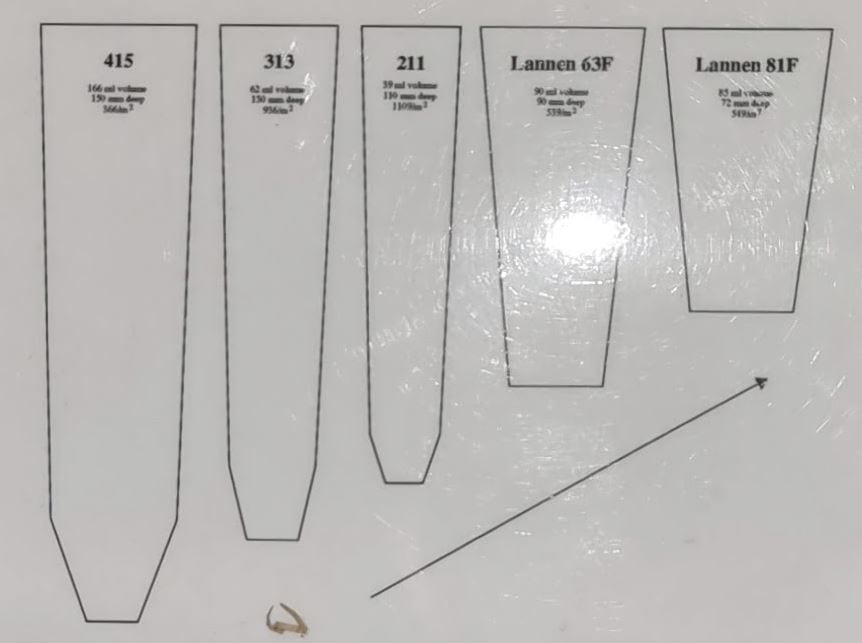 Cells for containerised seedlings are considerably shorter now than ten years ago.


While the correlation between size of seedling and cell volume exists, factors such as plant density also play an important role, to the extent that aspect ratio (width divided by height)2 and SA:D (surface area divided by cell depth)3 are very important predicators of plant quality within a specific cell volume class. In general, increasing plant density results in taller, spindlier plants more susceptible to foliar diseases and less able to withstand plantation conditions.

Factors against the choice of long, thin containers relate to both nursery and field management practices. These concerns are disease, water and nutrient management in the nursery. 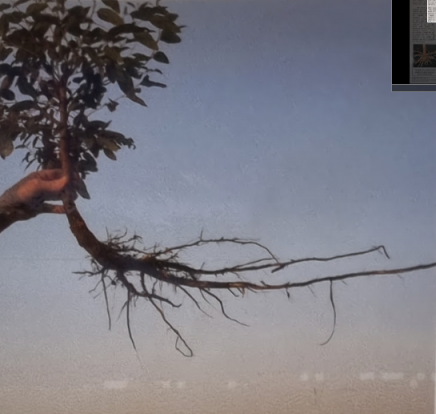 An extreme example of long, thin root plug planted into a very shallow soil, in this case the roots were placed horizontally.

Transport and planting factors are of concern to tree planting contractors.

A long, thin root plug is very susceptible to damage during handling and planting4.  Of particular concern is the tendency to bend the base of the root plug during planting, particularly on a difficult planting site. J-rooting and the resultant risk to plantation survival are obvious concerns. 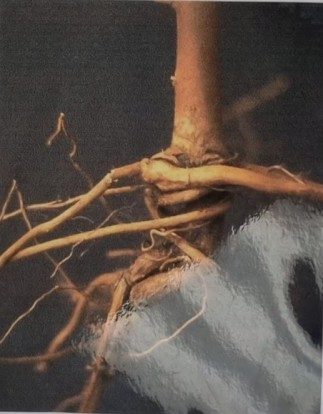 The long, narrow root plug of this seedling has been bent sideways during planting. This tree is at greater risk of toppling because of this distortion